This is simply controlling a person by playing on their emotions. Manipulative people tend to be egocentric and self-centered which makes it safe to say that they don’t have your best interest at heart. They can even go as far as using your current position, influence, or status to satisfy their selfish desires by being extremely nice to you and have a quick change in attitude once they’re done milking it. Manipulators also badmouth others, they justify their wrong actions even though it might have an adverse effect on you.
To avoid being manipulated, learn to create boundaries, make it explicitly known that you don’t tolerate this (without reacting), get a moment of solitude to think deeply about what you’ll get when you succumb to their requests and follow your gut instinct.

No one is more important than the other – and this also includes your goals and aspirations. Since every good friendship is built on mutual understanding, try to avoid folks who try to make themselves front and center of every conversation you have and act like they look exhausted when it’s time to hear yours. Narcissistic people just drain you in the process since they take more than they give. Such people also suck at handling criticisms, act like they know it all, exhibit signs of superiority and entitlement, and also lack empathy.

Disregard idle talk in your friendship even if you are not the topic of the conversation. People gossip because they are either jealous, have a low sense of self-esteem, or even insecure about themselves. Before you’re lured into doing the same thing, ask yourself what the consequences for such actions are, how would I feel if I found out the same thing was being done to me, is this information accurate?
When you give no room to gossiping, your conversations become productive and worthwhile, you have a boost in self-esteem, and also stay focused without draining mental power thinking about things that shouldn’t matter to you.

Browse and manage your reactions from your Member Profile Page 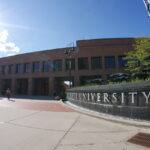 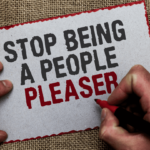 Our posts should not be used as a method of mental health diagnosis.
We only give you a general idea on what practicing self-care constitutes and should look like.
If you feel you have any medical condition, consult your doctor or a licensed health professional for the necessary assistance.

Back to Top
Close

Your password reset link appears to be invalid or expired.

To use social login you have to agree with the storage and handling of your data by this website.

GenZbuzz understands that health is your most valued asset. We share helpful self-care content which comes at no cost to you. Be apart of the community of people who care about improving their health.

Don’t miss out on new posts!